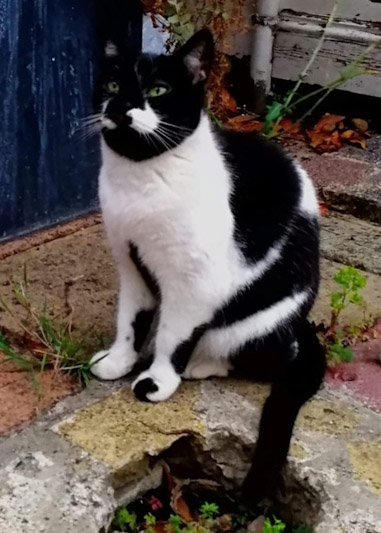 Anvil is a very friendly 7 year old cat. She likes company and a comfy place to curl up on. Sadly, her owner cannot keep her as his accommodation does not allow pets.Anvil is vaccinated and is a direct re-home. 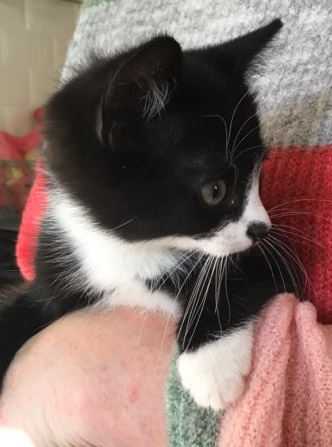 Happy news: Oreo has been adopted.

Oreo is a playful 9 week old kitten. He was found under a shed, alongside his sisters Jammie and Dodger.

Oreo is bold, playful and cuddly. He likes to explore the world and climb onto and into everything.

He has been fostered by a busy family so is used to children and dogs.

He has been wormed and will have his first vaccination very soon. 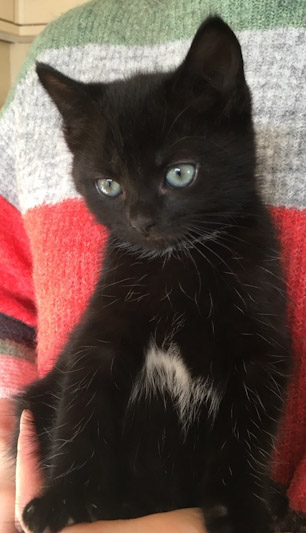 Happy news: Jammie and Dodger have been adopted.

Siblings Jammie and Dodger are delightful 9 week old kittens. They were found under a shed, alongside brother Oreo.

Jammie is a little shy so needs to be homed with confident sister Dodger. Both kittens love to play and have cuddles. They have been fostered by a busy family so are well used to children and dogs.

They have been wormed and will have their first vaccination very soon. 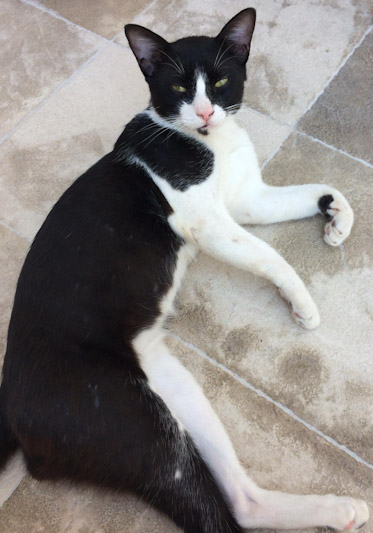 Happy news: Aladdin has been adopted.

Aaddin is a young cat, estimated to be around 18 months old. He was found as a roaming stray within an hotel resort in Abu Dhabi, United Arab Emirates. Since he was at real risk of euthanasia, he was rescued and brought back to the UK. 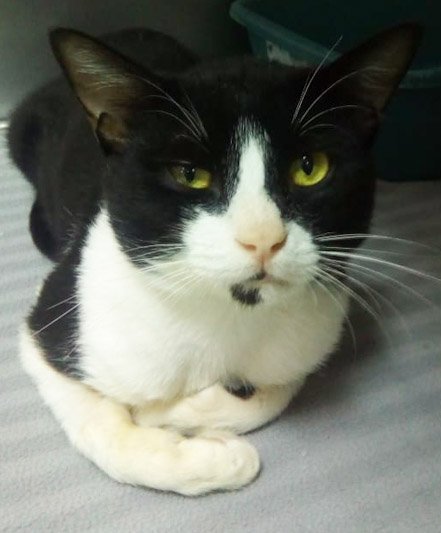 Aladdin is an elegant Arabian Mau: tall and long-legged with a long tail and enormous ears. He delights in human interaction, is flirtatious and extremely talkative. He is very relaxed and affectionate and would make a superb companion.

Aladdin must be a solo housecat as he had a blood-born parasite, Mycoplasma Haemofelis. This has been treated, and Aladdin is now fully recovered. However, it may flare up again thus requiring treatment. 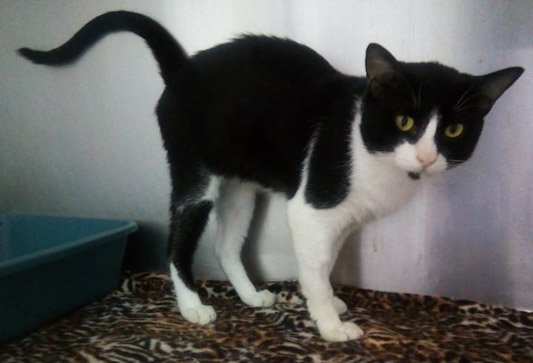 Aladdin has been fully inoculated, microchipped and is FeLV and FIV negative.

Aladdin is a direct re-home. 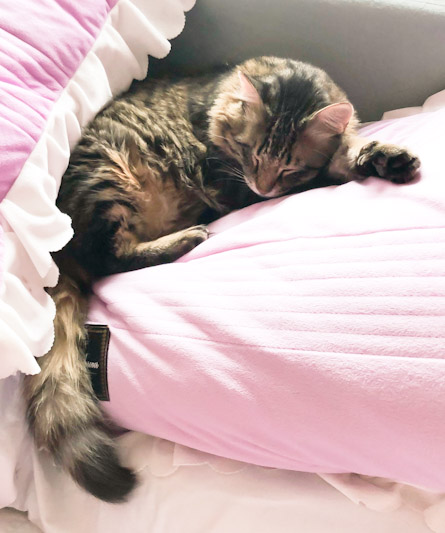 Mau and Kiara are a bonded pair of cats originally rescued from the streets of Cairo, seeking a compassionate home as a pair.

Mau is the long-haired mother and is approximately 3 years old. She is an ex-feral cat, and quite happy if left to her own devices. She enjoys sleeping on the sofa, often with Kiara. Mau appreciates her own space without too much human attention or handling.

Kiara is her short-haired daughter and is very affectionate. She loves cuddles and having her tummy rubbed.  She adores human company. Kiara is about a year old.

They both have one functional eye and are FIV+.

They are both spayed and microchipped, generally healthy and up-to-date with their vaccinations and flea and worming treatments.

Mau and Kiara are direct re-home.

Happy news: Maisie has been adopted.

Maisie is a very young ex-feral cat, probably less than a year old, who came into our care having given birth to a litter of kittens.  She is now coming out of her shell and is friendly, but a bit shy. She is still like a kitten and loves to play. Maisie has a heart murmur and spaying her would be too risky, so she must be kept indoors at all times.  She needs a quiet home with owners that can help build her confidence. 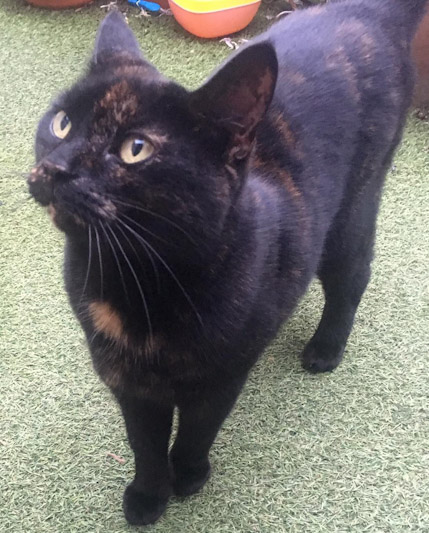 Happy news: Baby has been re-homed.

Baby is a wonderfully affectionate 6 year old cat. She is a dark chocolate and orange tortoiseshell.

Baby adores head nuzzles and sitting on a comfy lap. The video shows just how cuddly she is!

Her owner recently passed away and Baby is being cared for by a friend. She is a direct re-home. 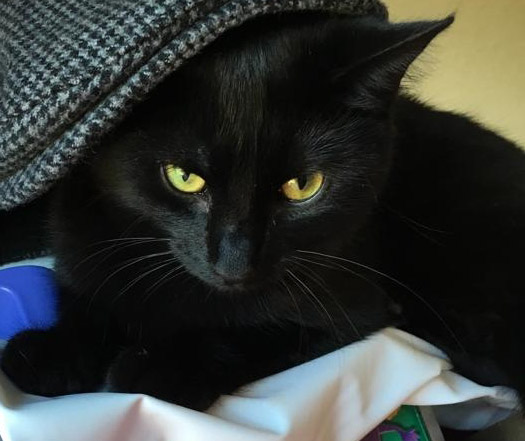 Happy news: Arna has been re-homed.

Arna is a lively 3 year old cat. She loves to play and hunt around the garden.

Arna would like a family that can give her lots of playtime and affection, but also give her space to snooze in the sun. 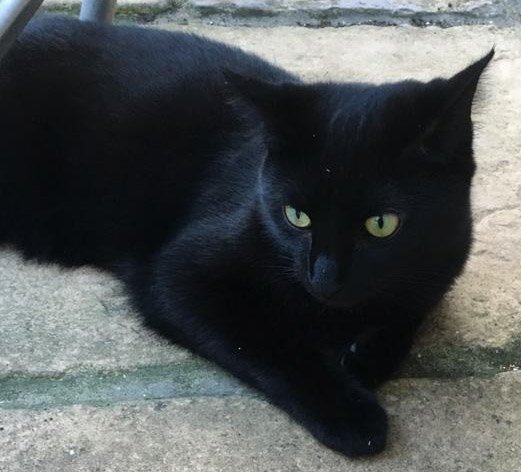 She would prefer a home with no young children and a calm environment.

Arna is a direct re-home. 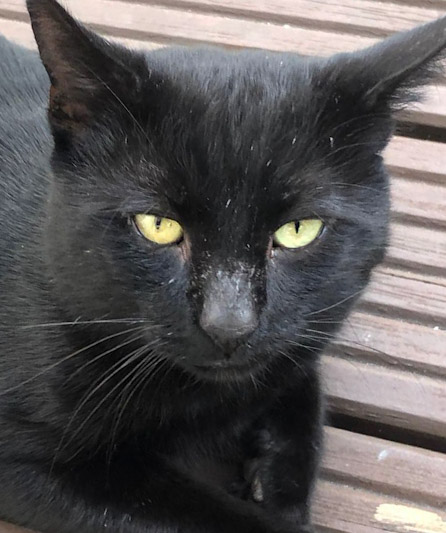 Happy news: Shadow has been re-homed.

Shadow is a very friendly black cat. He is a stray currently being fed by a kind family.

Shadow loves human company and very much wants to come in and have a cuddle. Unfortunately, he cannot be kept by his feeding family as their puppy does not get on with cats.

Shadow has been vet checked, deflead and wormed. He has not yet been neutered. He is probably about 5 years old.

Could you take him into your home before winter comes? 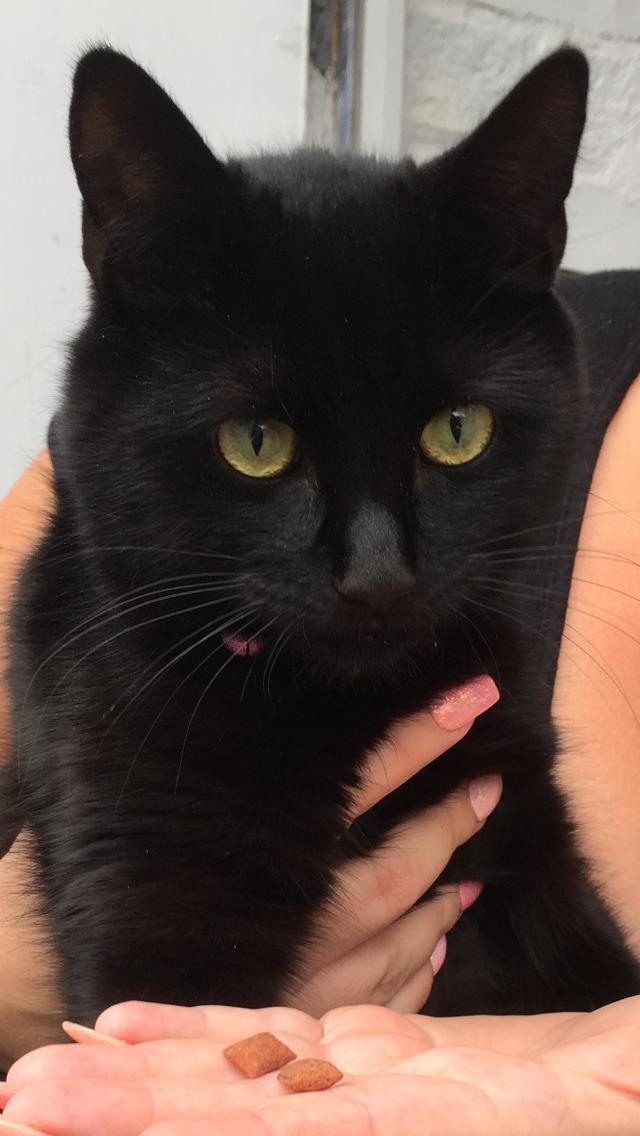 Happy news: Bobbie has been adopted.

Bobbie is a friendly 3 year old family cat. She is very good with children and used to a busy family home.

Bobbie likes to watch the world go by from her favourite chair in the house. She likes having a cuddle when you sit together and have a little chat.

Bobbie is spayed, up to date with vaccinations and regularly deflead and wormed.

Bobbie is very much loved by her family, but cannot be kept due to a change of circumstances.

Bobbie is with our fosterer.